Trading miles for memories. We say good bye to a friend. 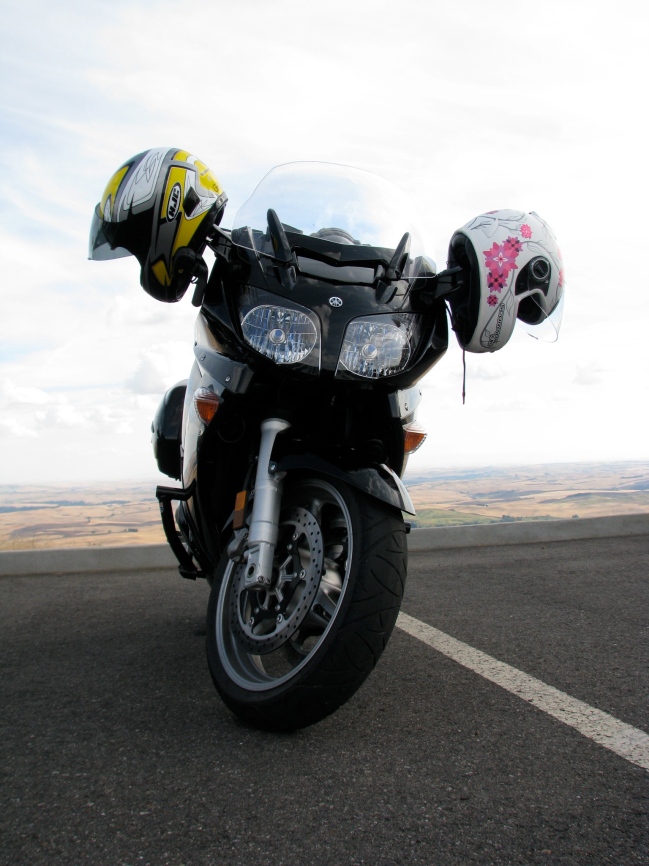 The FJR on one of its many journeys.

It has been about 3 week since my lift off, my bones are healing and my soreness has faded.   I have told my story probably 100 times and I even thought about making a t-shirt  summing up the story in 3 photos.  Upside down FJR, stick figure man in flight, and a picture of a broken bone.  Anyone want to help me design that?  I know that the motorcycle is just a “thing” that can some day be replaced but it was pretty hard not to get that sinking feeling while the insurance adjuster told me that the bike was a total loss.   As he gave me the number of what they were going to pay me for the FJR I thought, how do you put a price on all those miles?  The journeys with friends, the adventures with my favriote co-pilot, The solo solitude.  Those memories are priceless.

It was hard to go to the bike shop and see the FJR all torn down.  What was left was put into a box and just tossed aside.  All the hard work I had put in upgrading and improving the FJR meant nothing to the insurance adjuster and shop technicians.  It was funny how I was always worried about scratches and nicks when I tinkered with the FJR.  Know it really didn’t matter.  I was bumming pretty hard.  I now know how the old cowboys of the west felt when they had to put there trusty stead down because of injury.

After stepping back and looking at the damage the 905 crash bars really did a pretty good job protecting the main fairings.  I highly believe that if I would have low sided the bike it wouldn’t have been a total loss.  I think that only the bags, bar end and maybe the upper fairing would have been damaged.  I give them props for building such a strong crash bar.

Unfortunately I did not low side and unfortunately the bike did do a summersault.  Most of the impact was to the nose of the bike and since Yamaha designed a nice little support tab welded to the frame that holds the nose to the frame  you can guess what took the brunt of the hit.  That little part also just happened to be attached to a 3000.00 frame.  With all the other plastics and labor the total repair bill was close to eight thousand smackers. 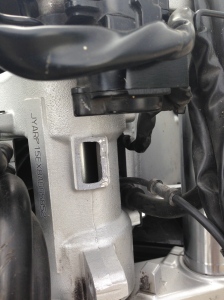 So where do I go from here?  I heal.  I search.  I remember.  I had clocked many hours and miles on that FJR.  If I look at a map I have travel many scenic byways and highways of Washington, Oregon, Idaho, Montana and Wyoming.  I have so many more to go.  I can hear the call of the mountain twisties now.

Craters of the Moon

I know my main purpose starting this blog was to document my rides through out the year and now that I no longer have a ridable motorcycle what am I going to write about you ask.   Well I have a few “projects” in the garage that need some attention, mainly a 70’s KH400 and a 60’s CB160.  My father in-law loves motorcycles just as much as I do. So I am sure I will be working with him restoring some sort of two wheeled mode of transportation.  You never know what might end up in the garage too.

I will own another FJR so until then

I heal. I search. I save. I remember.